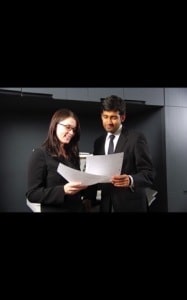 This is the story of two East London based business people. Both have had their businesses for over ten years and both are perceived as successful in their respective fields. I had coffee with each of them this week and we had open and frank discussions about business in general.

The two conversations could not have been more different.

The one person was able to relate how out of control they thought they were, how pessimistic they felt about the economy and how they predicted that with the slow economy that they were in for another tough year. He admitted that he felt that he was working harder for less and that somehow he didn’t think he was getting his fair share of business.

The other conversation was somewhat different. This business person was optimistic, she had great confidence that they next year was going to be a decent year, that she couldn’t believe how blessed she was and that she was so grateful for the way her business was going despite knowing that in general the economy was supposed to be slow.

The amazing thing is that these two people are husband and wife.

I couldn’t believe that two people with similar values and similar influences could have such different outlooks on life.

It was the wife who pointed out the difference. She accredited her success to the fact that she had
a functioning website, that she is active on social media and she gets real business enquiries from these sources whilst her husband thinks it’s all a bit of a bother.

Of course I was delighted that as a client of hers that we had some part in her success.

However there are many pitfalls and red herrings when it comes to creating an effective online presence. Don’t be like the husband and let ignorance be an excuse for inaction. Embracing online marketing can get your till ringing.