According to Morgan Stanley, research estimates there are over 5 billion mobile phone users in the world. Of these 1.5 billion are smartphone users. The move to smartphones has happened quickly. This trend was fueled by devices created and sold by Apple and Samsung.

Remember when we all owned Nokia’s and Motorola’s? However new entrants into the game, most notably the Chinese manufacturer Huawei are pushing cheaper smart phones into developing markets and just about every other mobile phone manufacturer is moving their focus to smart phones. Vodacom in South Africa are on record as saying by the end of 2014 they won’t be selling any more phones that are not smart phones.

So what does this all mean? 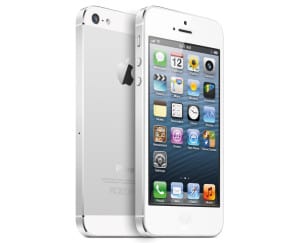 It means that in a few years time most of the mobile phone users in the world will have smart phone access to the internet to be able to discover information and transact via their smart phone apps.

Very quickly, smart phones and hand held devices will be the primary means of access to the internet for most people. In countries like South Korea this has already happened.

With over 100 billion Google searches every month it is brutally obvious that one has to promote your business effectively on the internet, the new reality is that many of these will be initiated from smartphones.

So the core of your online presence, namely your business website needs to be a responsive design.